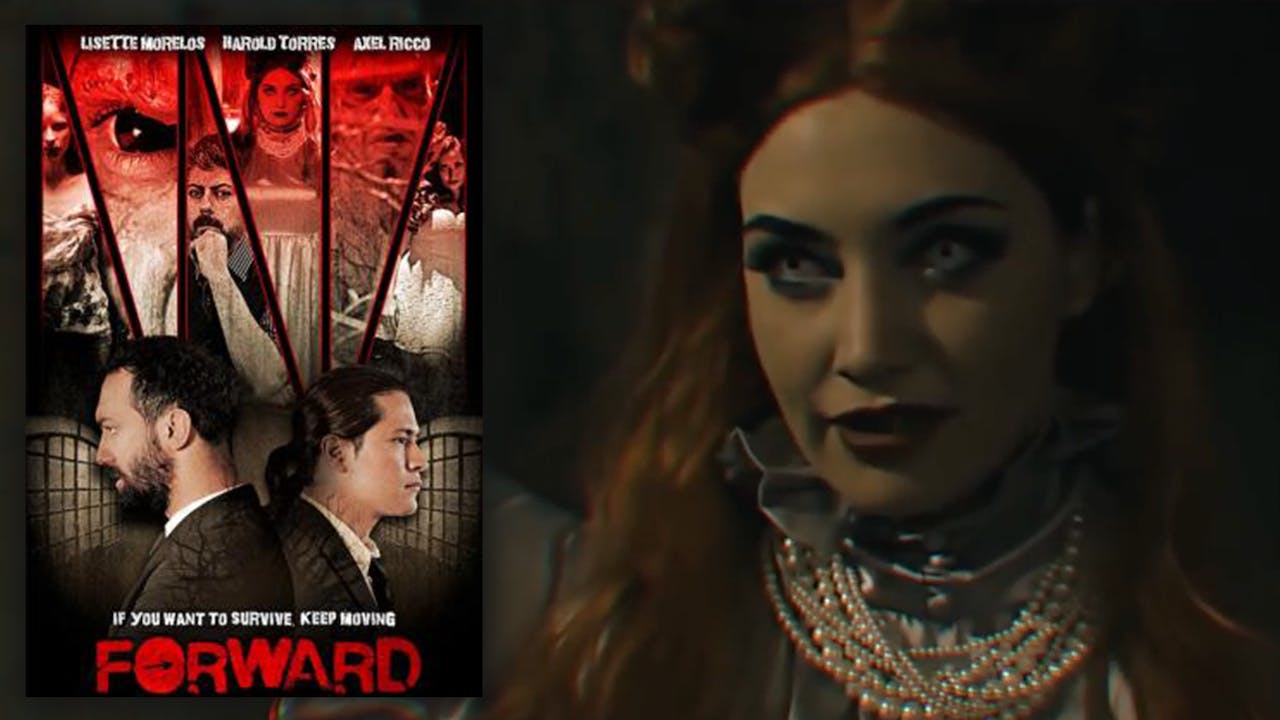 FORWARD, written and directed by Henry Bedwell (Darker Than Night), stars Harold Torres and Axel Ricco as two assassins hired to avenge their boss. The job leads them to what appears to be an abandoned hotel. However, they soon find themselves in an unexpected maze of madness where realities intertwine and nightmares come to life. Faced with evil itself by a demonic creature named Larissa - played by Latin America television star, Lisette Morelos - the duo realize that the gates of hell prove to be closer to our plane of existence than either of them could have expected. Horror, Thriller.

The film was the recipient of multiple film festival awards, including: Winner of Best Feature Fiction at the 12 Month Film Festival; Winner of Best Fantasy Film & the Alucarda Award for Best Monster Design at the Feratum Film Festival; Laurel of Achievement at Cinema Grand Prix and was an Official Selection at Sustefest, Los Angeles CineFest and BioBio Cine.