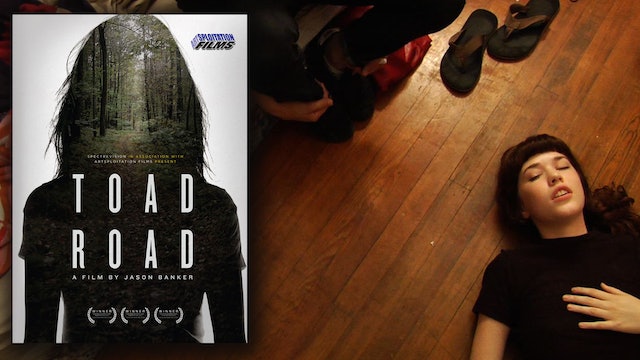 A different kind of American independent horror film, the hypnotic TOAD ROAD, presented by Elijah Wood and his SpectreVision production company, unfolds like a hallucinatory cross between the sexual candor of Larry Clark and Harmony Korine, and the backwoods creep-out of The Blair Witch Project. Young James kills time with his small town druggie friends, engaging in excessive chemical intake, until he meets sweet new arrival Sara. But just as James wants to abandon the narcotics life, Sara wants him to take her further into mind-altering experimentation…and she also wants him to introduce her to the sinister local legend of Toad Road, a spot deep in the forest that is apparently home to the Seven Gates of Hell. Writer-director Jason Banker’s debut is a unique fusion of documentary-like realism, and otherworldly, haunting rural terror. Unlike any other film you’ll see this year, TOAD ROAD is a mesmerizing trip. Horror.

“This movie can work its way under your skin.” – AVManiacs.com

“The year is quickly coming to an end and I am ready to say that TOAD ROAD is my pick for Film of the Year, 2013.” – Cinesploitation.com

“TOAD ROAD can open you up whether you’re ready for that experience or not.” – DocTerror.com

About the Director: Jason Banker is an independent filmmaker living in New York City. Born and raised in Pennsylvania, he has a BFA in photography from York College. Jason was an associate producer on Jonathan Caouette’s award winning film Tarnation and cinematographer for All Tomorrow’s Parties and Teenage Paparazzo. Focusing on youth culture, Banker documents his subjects’ reckless journeys of self-discovery. 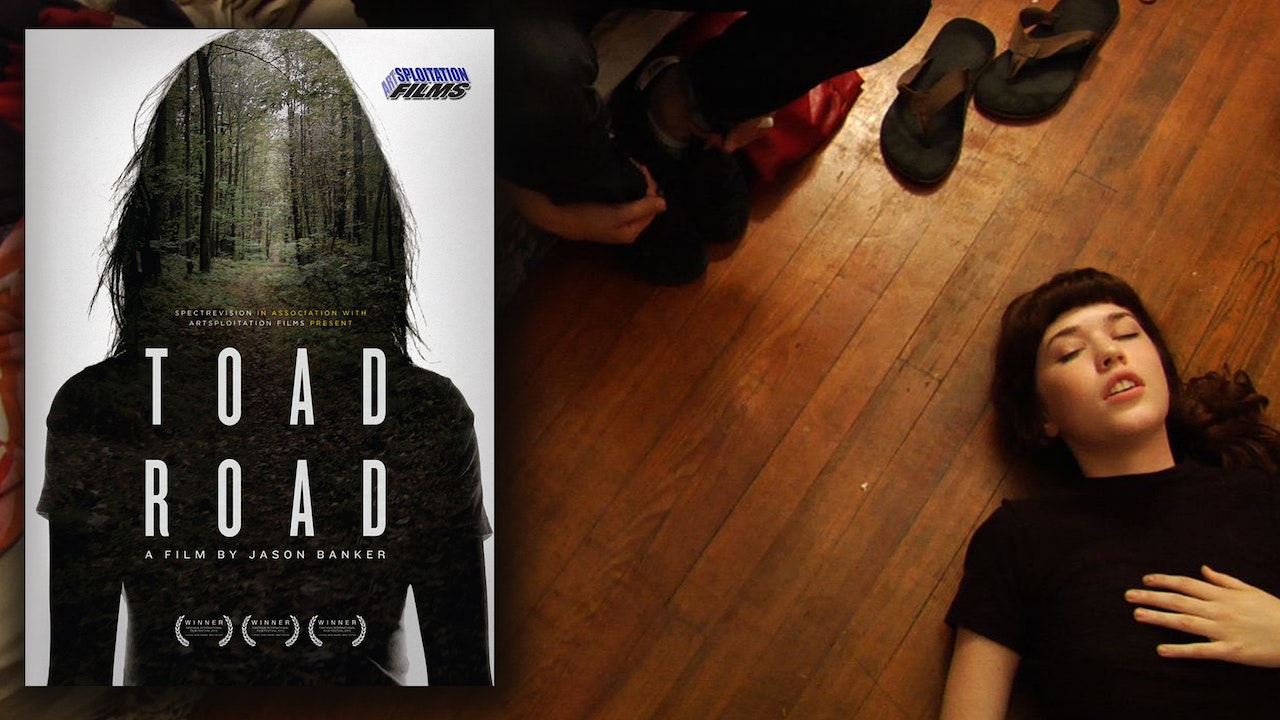